Thanks to Overdrive, Hoopla and Kobo, digital book rental had it’s best year to date in 2019. Libraries all over the United States and the world are on the rise. 2019 saw 326 million e-books, audiobooks and digital magazines circulated. According to Rakuten OverDrive, this is a 20% increase over the previous year. E-books were loaned out at a rate of 15% more than last year, while audiobook lease grew 30%. Audiobooks have now outpaced e-book growth rate for six years in a row. Overall revenue on audiobooks also grew 24.5% in 2019 and the smart money is on the trend continuing on in 2020.

OverDrive reports 73 libraries in five countries loaning out at least a million digital books each in 2019. At the top is Toronto Public library with 6.6 million digital items loaned.  Leading in the U.S. is Los Angeles Public Library with 5.9 million. After that is Singapore, the top library outside of North America, with 4.2 million.

The record year from OverDrive comes from multiple individual libraries breaking their records in 2019. Sacramento library had a record year and joined the top 20 libraries in the world for digital checkouts. The Sacramento Public Library had already  cracked the two million mark before they surpassed the previous record. Sacramento checks out books through Hoopla and the OverDrive app Libby.

Collection services manager Lisa Dale at the Sacramento Public Library chalks up the numbers to the convenience of checking out any title whenever. That and being able to listen to audiobooks while multitasking and a lack of late fees makes for a compelling argument for digital borrowing.

Fairfax County, Virginia is another library to break it’s previous records and the million mark in 2019. Dianne Coan, the technical-operations director for the library chalks up the success to “our selection staff’s knowledge of our community and the voracious reading habits of that community. The library has such an amazing and supportive readership that provides feedback and suggestions regularly. We are honored to be among the few libraries in North America to reach this level of use.”

In Ogden, Utah the Weber County Library  added over 700,000 movies, TV shows, e-books, audiobooks, comic books and even music titles this week to their library after partnering with Kanopy and Hoopla. Digital content manager Cheryl Potter, says, “This fills the streaming needs of our patrons without paying a subscription fee. These platforms give the public access to new digital content anytime, anywhere.” 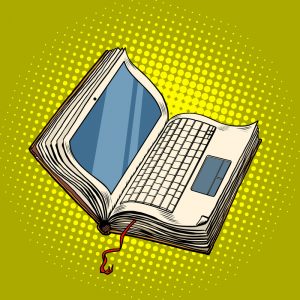 In addition to music, audiobooks, comics, music, TV shows and movies, Hoopla will offer patrons to download some content for offline use. Kanopy offers video-streaming of “thoughtful and thought-provoking films” with over 30,000 films available for instant streaming. Both platforms can also be streamed onto TVs. They can also be streamed on iOS, Android, AppleTV, Chromecast, FireTV, Roku, AndroidTV, Google Play and Amazon.

“We are encouraged to see an increasing number of Tennesseans using this innovative and educational service,” said Tre Hargett, Tennessee Secretary of State “The popularity of this system is evident, and we will continue to do our part to promote and support programs that serve our citizens well.”

The R.E.A.D.S. program has continued to grow each year, like many programs across the country.

According to the OverDrive report, the increase in digital borrowing represents the “library’s role as a valued discovery channel” for publishers and authors. Nevertheless, the OverDrive report on digital lending comes in the wake of continuing concerns by publishers that digital borrowing may undermine book sales. These concerns have led to a continuing dispute between publishers and libraries over efforts by some publishers to restrict the ability of libraries to offer digital access to their titles.

Thanks for reading and keep checking back for more articles about everything
audiobooks. And don’t forget to check out our catalog . If anything looks interesting
we’d be glad to send over promo codes! You can email me:Robert Wrenlock or
drop a line to engage [@] island.audio for promo codes, more info about our
titles and services or to suggest a topic for a future article or request a guest
post trade. Find us on Twitter to stay updated on future releases, new articles
and other fun stuff.

From Edison to Audible: A Brief History of the “Talking Book”