Yet another installment in our interview series. This time round we had a chance to talk with award-winning author Bridgett M. Davis about her life story, her memoirs regarding her mother and her other work.

Your story of growing up is absolutely fascinating. Your mother was an underground entrepreneur running numbers. In an interview I have heard you say that you were kept fairly sheltered from any worry, but there was an implication of potential trouble if the wrong people found out. When you were older did your mother ever mention any close calls or
hairy moments, either with cops or customers or attempted thieves when you had grown?

Bridgett M. Davis: I knew that when they were growing the business, when I was very young, my parents got caught with betting slips during a “traffic stop” by cops, and my dad spent a couple nights in jail; but otherwise, the only close call my mom had — one she never told me about but that I learned about through research later — was when J. Edgar Hoover sent FBI agents to Detroit to conduct an orchestrated bust on the Numbers racket in Detroit. My mom evaded capture, in part because she was tipped off, I believe, and because she didn’t “present” as a Numbers runner. She was a woman, she was a housewife, she lived in a “nice” neighborhood. Plus, we had an incinerator in our basement where she burned physical evidence of the business on a regular basis, so I’d like to believe the agents would’ve found no evidence anyway. She stayed one step ahead.

Bridgett M. Davis’s mother was a numbers runner — a bookie who collected bets and paid off wins for the underground lottery business. For her, the chance to support her family, to be self-reliant, was absolutely worth the gamble. https://t.co/LeYxM8QiL2

Did you have protection of some sort at the home? Was there any concern of something happening like a robbery or act of violence?
Robbery or burglary were always potential risks, gievn both that my mom was in a cash business, and that Detroit had a high crime rate in the 1970s and ’80s. My mother both carried a pistol in her pocketbook, and kept on in the linen closet, beneath the lace tablecloth and linen napkins. Fortunately she never had to use either.
Your mother moved from Nashville, Tennessee to Detroit and discovered a totally different type of racism than what she had experienced in the South. Do you think these distinctive varieties of bigotry still exist separated by the Mason Dixon line?
Actually, it wasn’t a different type of racism, it was just unexpected, or under-estimated. My parents optimistically believed that because in the north you could vote freely and go to a decent public school as a Negro, that it was a more equitable place. But bigotry is bigotry. Michigan once had one of the biggest Klan memberships in the nation. And there are still Klan members in Michigan.What’s distinctive is that the south has historically treated these racist practices as part of “southern tradition”, which you see carried out in state government’s policies (under the guise of “state’s rights”), where as pockets of the north may seem more liberal, but these states have their own de facto racism — i.e., segregated housing and education and unequal job opportunities that result in many of the same disparities.
What is moral is not always legal and what’s legal is definitely not always ethical or moral. The state deemed your mother’s business a “criminal enterprise” despite the business being run honestly and legitimately. Did you see some parallels between a legitimately run so-called “criminal enterprise” versus supposedly legitimate businesses like renters who tried to keep some neighborhoods segregated?
The history of America is rife with examples of discriminatory practices put in place as law that are unfair and unjust. Conversely, everything outside the law is not necessarily wrong. As my mom said about her own enterprise, “It’s a legitimate business that just happens to be illegal.” The nation’s entire real estate industry was supposedly legitimate, but it consistently discriminated against black homebuyers — with the Federal government’s support. Because the FDIC wouldn’t insure loans by black homebuyers, claiming the houses were in high-risk “redlined” neighborhoods (anywhere a black family lived — see the circular logic there?), lenders then denied them loans. And when blacks tried to buy homes in non-red-lined areas (read: white neighborhoods), they faced strong opposition to keep them out — via both intimidation by tenant’s associations and violence by mobs.
For people who are unfamiliar can you give a quick description of exactly what “the numbers” or “numbers racket” is?
The Numbers is essentially a pre-cursor to the Lottery that now exists in 45 states in the US. Before there was a legal lottery, there was this underground enterprise, the Numbers, that allowed folks to bet on 3-digit combinations of numbers; customers could win at a ratio of 500:1, so that $1 bet could garner $500 if the customer won. The Numbers game was created in Harlem in the early 1920s, and was run by blacks. It quickly became highly lucrative, and moved across much of the country, evolving into a complex underground economy — spawning jobs for numbers runners and bookies and run by Numbers bosses who became rich; it also spawned ancillary businesses. Millions of dollars were generated by the Numbers racket, which meant among other things that money circulated throughout the black community, spawning and supporting lots of legal businesses; those businesses fulfilled needs in the black community that discrimination and segregation had kept out of their reach. Soon enough, organized crime got involved and eventually wrenched control of the entire Numbers business from blacks. Ultimately, black Numbers bosses worked for Mafia bosses. And then beginning in the late 60s, and through the 70s, states legalized lotteries, decimating (but not totally destroying) the Numbers business.
How long did it take your mother to move up from a penny business bookie working for a banker to running the bank from her home?
It didn’t take long before my mother went from launching a penny business in 1958 to realizing that she could make more money working for a major Numbers banker as a bookie and earning a percentage off of the business she brought in; she switched to that within a couple years of launching her penny business; then within a year, she realized the only way to make real money was to go into business for herself, and have her own customers, and that’s when she launched her own independent business and became her own banker and bookie.
I’m kind of fascinated with the description you gave of “the dream books.” Do you know the origin of these?
Dream books have been around since as early as 1862! (Yes, before slavery ended). Hard to believe but lotteries were once legal in America, back when the 13 colonies used the proceeds to finance capital improvements, before there were state taxes and a stock market to generate revenue; with the arrival of the first dream book, lotteries were still legal in three states. The dream books evolved alongside the lottery games — even when the lotteries were outlawed. By the time the Numbers game arrived, these books had become encyclopedic guides that listed any person, place or thing that you could dream about, and provided a 3-digit number to correspond to that dream. At one point, there were as many as 3 dozen dream books published! Ultimately, a handful dominated. In our household, there were The Red Devil and The Three Wise Men dream books.

100 Days of Hoodoo Day 47. This 1931 excerpt from the Sonny Boy Sam comic strip featured images of the ‘numbers’ and dream books. The strip would frequently contain hints as to what numbers to play in the policy. pic.twitter.com/ArQp1OBQKo

I found it really interesting how through your mother you’re about one degree of separation from Berry Gordy’s Motown. Can you tell me a bit about Eddie Wingate and the lifestyle of a Detroit big money numbers banker?

People can find out about my books and my film and my essays on my website: bridgettdavis.com. They can follow me on social media too: 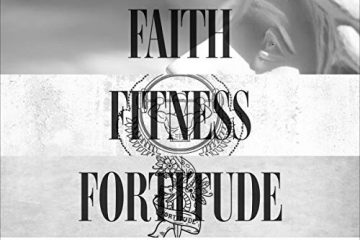 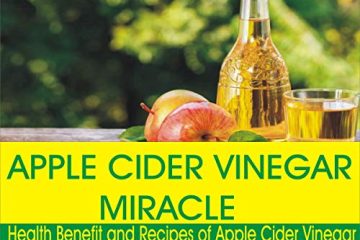