Legend of the Lost Maori: A Ghost Tribe Series by D.S. Bigelow

Men, women, and children flee for their lives as gunfire ricochets all around them. Aranui, chief of the Ghost Tribe, realizes his people are trapped as they arrive at the end of the narrow trail surrounded by rock walls too steep to climb. The British soldiers will reach them soon, and the tribes’ hand-held weapons, although formidable, are no match for the soldiers’ advanced fire power. Aranui knows there’s only one option to ensure his peoples’ safety. When the soldiers come to the same dead-end moments later, the Ghost Tribe isn’t there.

“Your sister is dying.”

Kupe, a 10-year-old, is devastated when he hears the grim news about Cecelia, his little sister. That was a while ago, and a bunch of doctors and their modern medicine hasn’t been able to help her, so Kupe leaves Auckland. The Maori boy heads to the countryside to seek comfort and advice from Tipuna, his grandfather. Tipuna still believes in many of the old ways of the indigenous Maori people of New Zealand and tells Kupe that Cecelia may be cured of her cancer.

However, the boy must find the Ghost Tribe, a group of ancient Maoris, who are rumored to have magical powers which let them live without the threat of disease or death. But nobody has seen the Ghost Tribe for over 150 years, no one except….

Tipuna gives Kupe a beautifully carved amulet found by a hunter, who claims he witnessed people dressed in 18th century clothes and holding spears in a remote forest that supposedly is haunted. When the warriors realize they are being spied on, they vanish before the hunter’s eyes. The only evidence of the mysterious men’s presence is the amulet, with a carving of a giant Moa bird, the symbol of the Ghost Tribe.

Alone, armed with nothing but a flashlight, spear, and the amulet, Kupe wastes little time and ventures into the primeval forest at night in search of the Ghost Tribe. He is afraid like he has never been before. Loud screeching noises can be heard just beyond the reach of the flashlight beam, and angry glowing eyes glare at him from the dense foliage.

When a hulking creature charges out of the bushes, Kupe is forced to run for his life. He falls hard and twists his leg, loses the spear, and when the flashlight breaks from the impact of hitting the ground, Kupe is plunged into total darkness. Injured, his problems keep mounting as the creature stalking him not only closes in, but also is joined by an eerie floating light. Is it the Ghost Tribe? Does the amulet hanging around his neck have supernatural powers that might help save him? Time is running out not only for Kupe, but also his ailing sister.

Looking for more Island Audio titles? Check out our full catalog here! Follow us on Twitter, @islandaudiobook or find us at Reddit, /u/islandaudio to stay updated on our new releases, promotions, special offers, new blog posts and general audiobook news! 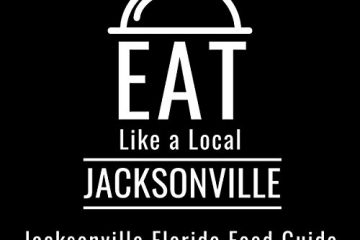 Eat Like a Local: Jacksonville, Florida by Mikayla Watkins 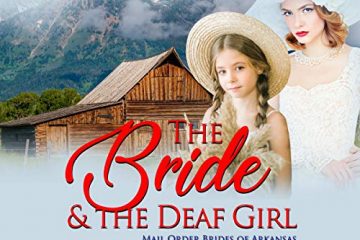 The Bride & The Deaf Girl 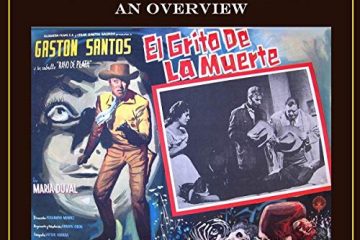 The Mexican Horror Western: An Overview